Shubhangi Atre Poorey has been roped in to play the role of Angoori Bhabhiji in &TV Bhabhiji Ghar Par Hai.  She has got fame with Kasturi has appeared in popular shows like ‘Kasautii Zindagii Kay’and ‘Chidiya Ghar’.

The actress is all set to step into the shoes of Bhabhiji’s character earlier played by Shilpa Shinde on ‘Bhabhi Ji Ghar Pe Hain?’ (&TV).

We spoke to Benafir Kohli, the Producer of the show who confirmed the news and said, “Yes Shubhangi has been finalized to play Angori’s character. She is a sweet, good looking innocent-girl and also our creative team is strong to pull the character very well.” 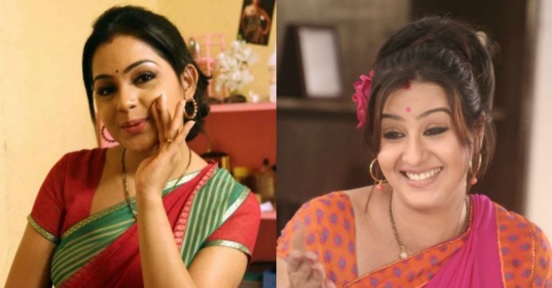 “We have taken Shubhangi but Shilpa has to pay the claim,” added the producer mentioning about her alleged case with the actress Shilpa Shinde.

We wish Shubhangi good luck for her new show!